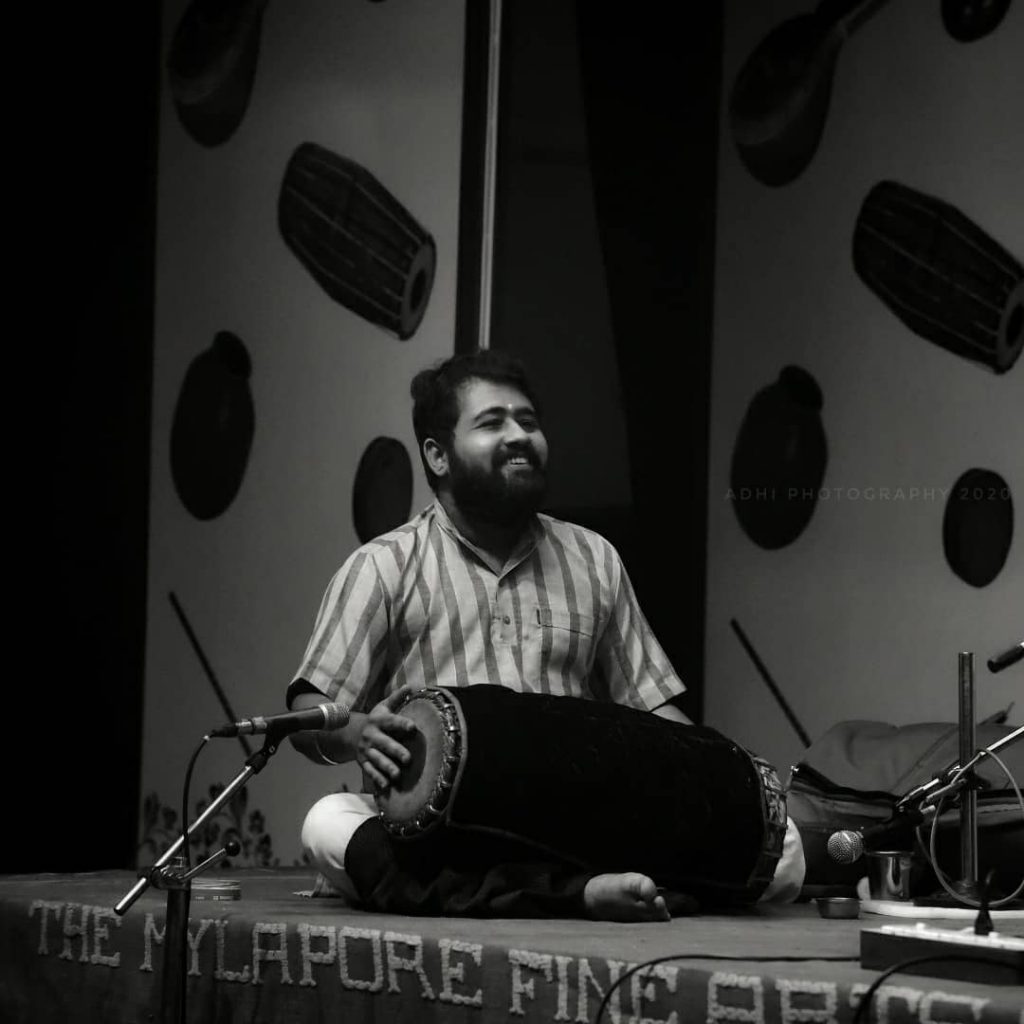 Born in Kerala, TVM P. L. Harikrishnan had started his career as a mridangist by accompanying Sri. Trichy Ganesan in 2008. He has been learning Carnatic vocal for 20 years and Mridangam for 18 years. He gave his first Carnatic vocal concert in 2010. He had won the National level Mridangam competition held by All India Radio in 2014 and became a B-grade artiste in All India Radio.

He has also received Yuva Sangeetha Prathibha Puraskaram by Swaranjali, Tvm, in 2016. He also received the Sri Shanmukhananda Bharathratna Dr. MS Subbulakshmi fellowship from the Honourable Vice President of India Sri. Venkaiah Naidu in 2018. He has performed with top artists such as VV Ravi, Thoppur Sairam, Bangalore G Ravikiran, and Trichy Pradeepkumar. He has been performing Namasankeerthanam, leading Sathya Vageeswara Bhajan Mandali Tvm. He has performed in Bhajan Samrat Program conducted by Sankara TV. He was selected to perform in the ‘Spirit of Youth’ Music Festival conducted by Music Academy, Chennai, in 2012 and 2015. In 2006, he visited Rashtrapathi Bhavan and performed in front of the Hon’ble President of India, Bharatratna Dr. APJ Abdul Kalam. He has composed some Thillanas and Varnams and has been composing and directing vocal and instrumental ensembles all over South India.