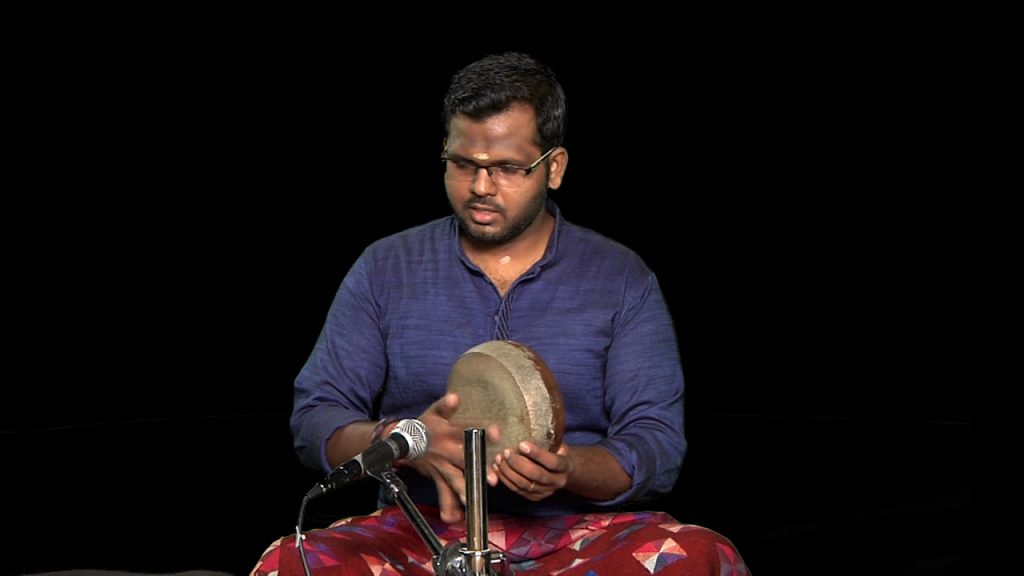 He has performed in Thalavadhya concerts with many leading mridangam, ghatam and kanjira artistes. He has won 1st prize in many national level cultural competitions for solo performances organized by Anna University and other colleges. He has performed in various sabhas during music seasons and other festivals such as Krishna Gana Sabha, Music Academy, Brahma Gana Sabha etc. He has been rendering performances in India and abroad. He has also performed in many Albums, CDs and TV programs along with several artistes. He was awarded Thethakudi Harihara Sharma Percussion Award by Sri Krishna Gana Sabha during 2011, Sri Kanchi kamakoti Peetam Asthana Vidhwan in 2013. He was given the title of ‘Yuva Kala Bharathi’ by Bharath Kalachar in 2013. He has also received Dr. M.S. Subhalakshmi fellowship in the year 2015 given by Mumbai Shanmukhananda.