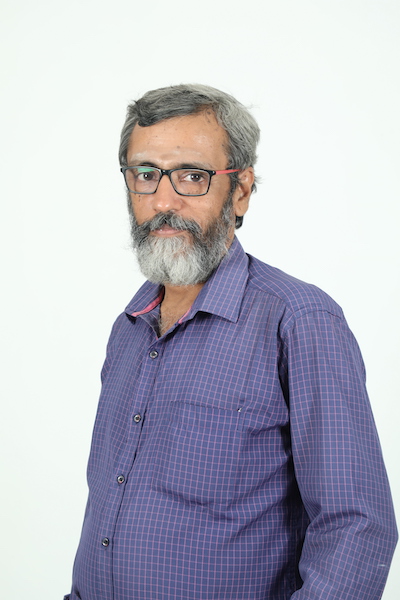 After completion of the course, he worked as a faculty member at Sri Jaya Ganesh Tala Vadya Vidyalaya, Chennai, Tamil Nadu, India, for five years, which was run by Sri. T.H. ‘Vikku’ Vinayakaram. He holds a degree in MBA–finance in addition to being an M.Com graduate.

Krishnan has performed with various legends, stars, ensembles, Jugalbandhis and Fusion ensembles. In addition, he had the privilege of performing with various percussion legends on Talavadhyam, Layavinyasam and Ghatamala. He has also performed with film music directors such as Ilayaraja, M.S. Viswanathan, K.V. Mahadevan and Shyam.

Krishnan has toured extensively all over India performing Ghatam and has commendable accolades. He is also a yoga and pranayama master by passion.