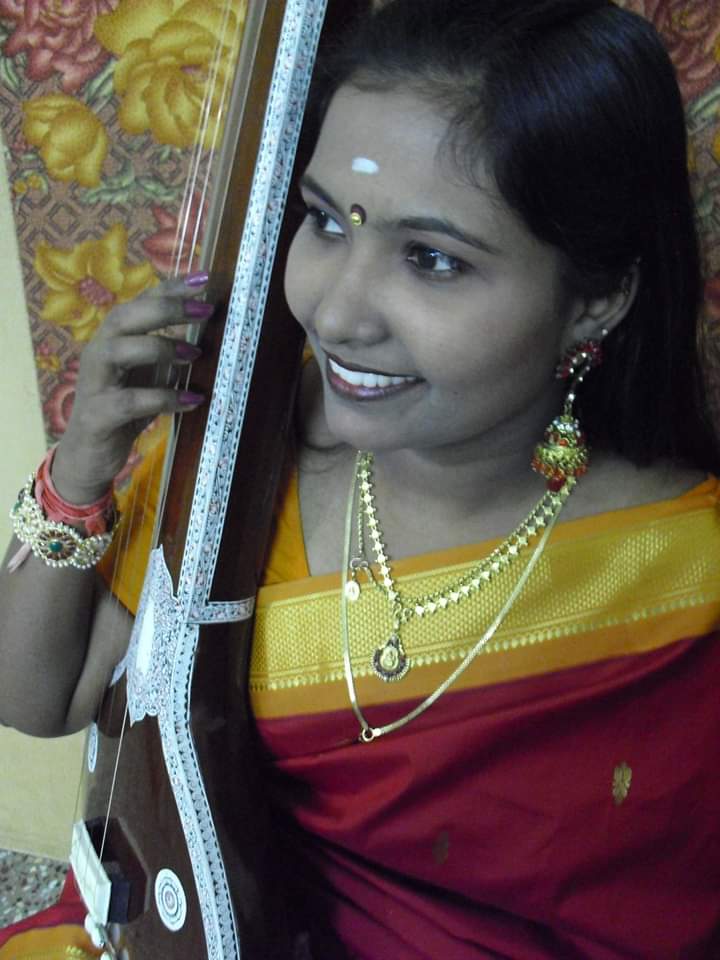 Born in a family of musicians, daughter of Vidwan Sri. Gurumurthy Thangavelu (who is a well-known mridangist for Bharathanatyam and Kuchupudi form of dances), Maragadhavalli is the granddaughter of Vidwan Sri. Krishna Pillai, who is the first mridangist in India to tour abroad and Vidwan Sri. Govindaraj Pillai, who had been proposed by Mysore Maharajas to become Asthana Vidwan (Court musician) in the Mysore Kingdom for his unique performance of tabla called TABLA TARANGAM, where seven tablas and mridangam with a brass pot, small in size filled with water on a head, are utilized.

She is a first class degree holder in Bachelor of Arts from the Bangalore University and she has completed M.A. in music from Madras University. She has performed in various places such as Chennai, Hyderabad, Secunderabad, Thiruthani (Tamil Nadu), Nagari (Tamil Nadu), Mysore, Arakonam, Andhra Pradesh, Kolar Gold Fields, Thirupathi (Devasthana Asthana Mandapam), Dharmasthala. She has performed in various television channels, namely Doordharshan Kendra of Karnataka i.e., Ddi, Chandana Regional Channel of Karnataka i.e., Dd9 and Udaya T.V.  Her overseas concerts include Europe tour with the group called Rhythms of Shakti in May 2005 and they have performed at London, Bath City, Nottingham for International festival called Bath International Music Festival in association with Asian Music Circuit and British Arts Council.

PERFORMED MANY CONCERTS IN SABHAS