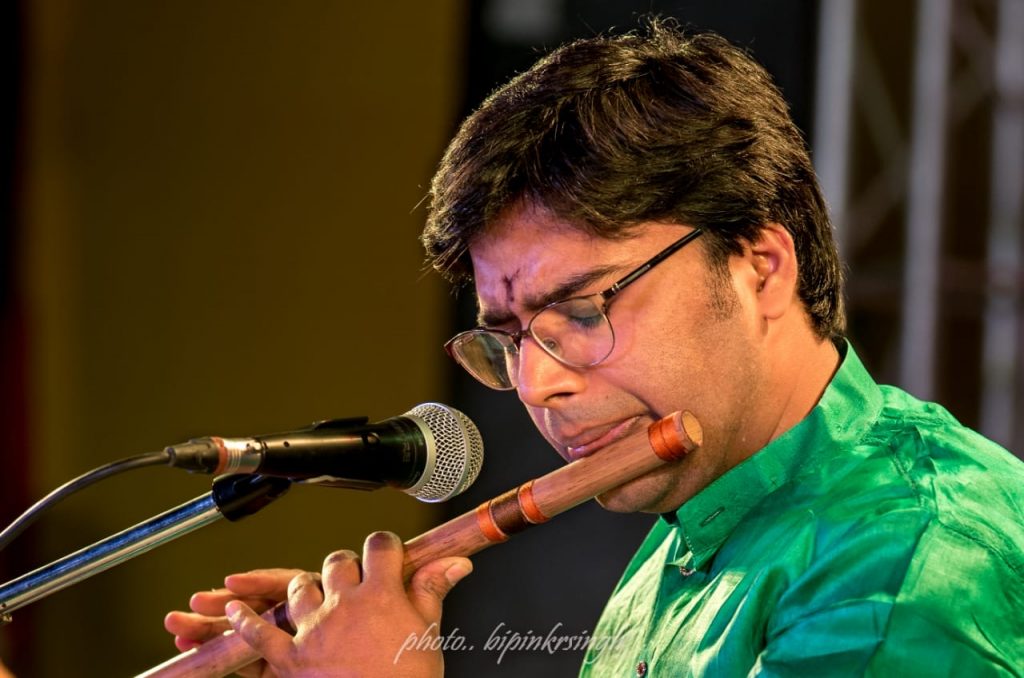 An accomplished flautist, teacher and stage performer Dr. Hari Prasad Paudyal is a B–high graded artiste from All India Radio. Dr. Hari Prasad is trained in the Banaras gharana under the able guidance of Dr. Pralhad Nath and Shri. Vinod Prasanna. He has acquired a bachelor’s & master’s degree in Music and pursued a Ph.D. focussing on “The Role of Instruments in the Popular Folk Music in Nepal”. He has also toured the world to spread the joy of his music which has been well appreciated. He presented a fifteen day music workshop organized by Chella Meenakshi Centre for Educational Research and Services in Madurai, Tamil Nadu, and  conducted a workshop at Sylvie Yoga School, East & West: A Sacred Music Project, Tolon, France. Centre La Maison De Paille, Jura, Switzerland, and House of Religions, Europaplatz Bern, Switzerland, are also among a few workshops he has directed.