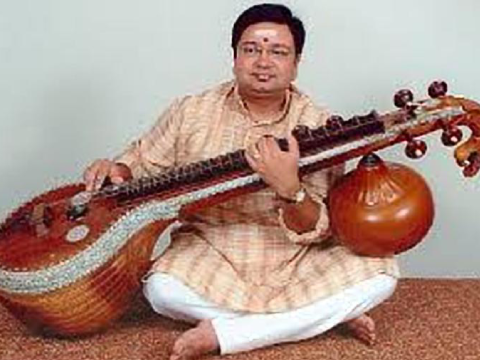 An alumini of  Vivekananda College, B.Kannan, is one of the earliest recipients of the title “Yuva Kala Bharati” awarded by Bharat Kalachar, Chennai (1988). B.Kannan was also awarded the Fellowship from the Department of Culture, Government of India, for an advanced research project in Veena.

B.Kannan is deeply interested in Sanskrit and vedic studies. He had the privilege and honour of representing Jagadguru Sankaracharya, of the illustrious Kanchi Kamakoti Peetam, at the World Hindu Conference in Bali, Indonesia, in 1993. He was the Honorary Cultural Secretary of the Bharatiya Vidya Bhavan, Chennai, where the Bhavan’s Cultural Centre had begun during his tenure. He also served in the Executive Committee of the All India Carnatic Musicians’ Forum (AICMF).

B.Kannan is the Secretary of Nrithyodaya, Chennai, (which is celebrating its Diamond Jubilee) and also a Trustee of the Director K. Subrahmanyam Memorial Trust.